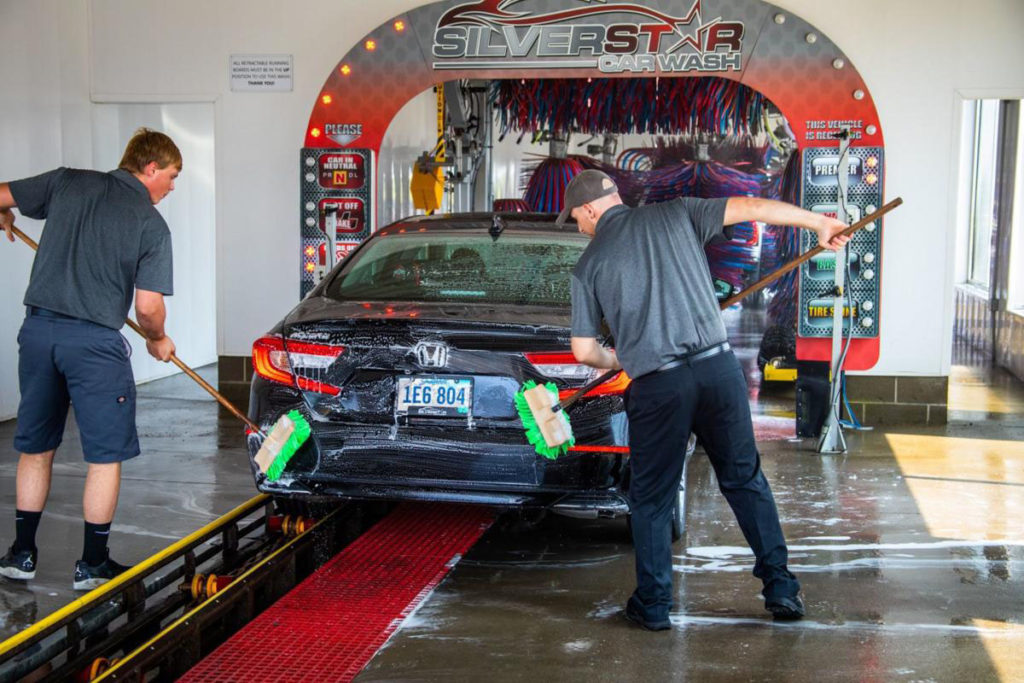 Silverstar Car Wash, a Sioux Falls-based car wash chain, is set to open a series of its car washes in the Sioux City metro.

Earlier this month, Silverstar announced its purchase of Sioux City’s Rocket Auto Wash on Correctionville Road, which had been run by the Hanson family for more than 60 years.

In addition to the Rocket Auto Wash location, Silverstar is planning to open locations at 1700 Hamilton Blvd., the site of a former Applebee’s restaurant, and at Floyd Boulevard next to the Pizza Ranch.

The exact sites of three other planned Silverstar locations — one in South Sioux City, one near the Southern Hills Mall and one in the Singing Hills area — have not yet been announced.

All six locations (this figure includes the Rocket Auto Wash location) should be up and running by the end of the year, Vetos said.

Each car wash will have one long “express tunnel”; the buildings each will boast about 5,000 square feet. The tunnels use a chain-and-roller system to pull cars through the wash while the owner sits inside.