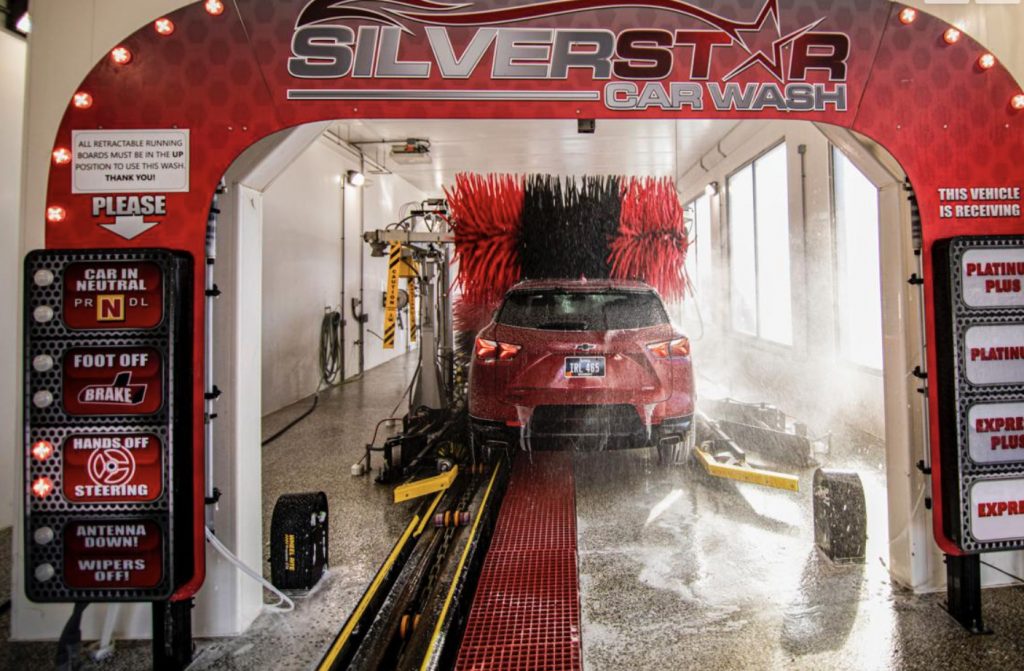 SIOUX CITY — A veritable car-wash gold rush has taken Sioux City by storm. Vehicle owners now have somewhere in the neighborhood of 20 to choose from, between the long-established washes and the ones that opened only recently.

Silverstar Car Wash, a Sioux Falls-based chain, has made considerable headway in its massive push into the Sioux City market. Meanwhile, an independent newcomer to the industry has built his own car wash in the Sunnybrook shopping area.

The 4,600-square-foot car wash has a single bay (or, rather, a tunnel), in which a large conveyor belt-type apparatus takes the car through the automatic wash.

“Ours is different than any other one in town, or any other one even near here, because we don’t have the one that pulls the wheel through — in ours the whole floor moves,” said owner Mark Kunkel. “It’s just like a giant conveyor belt that you park on and you just ride through.”

The moving floor/conveyor belt system, Kunkel said, has the benefit of not risking tire or wheel damage, and is good for low-profile vehicles. The carwash offers heated dryers, and purportedly is able to cleanse and re-use as much as 40 percent of their water.

Kunkel, who lives in Hinton and is a hog farmer by trade, said the idea of opening a car wash was, essentially, something that just occurred to him one day. His business plan involves opening additional locations, though he doesn’t yet want to disclose too much on that front.

“It’s been doing really well,” Kunkel said. He built a spacious, custom, comfortable office for himself above the car wash. (He also does construction work.)

Silverstar, meanwhile, opened three car washes in 2020. The first, at 1700 Hamilton Blvd., opened in June; the second, at 3108 Floyd Blvd., opened in September; the third, at 1924 Cornhusker Dr. in South Sioux City, opened in November.

A fourth Silverstar location, on Sergeant Road near the Red Lobster, opened in March, while construction on yet another, on York Street in front of Sam’s Club, began recently.

The Silverstar chain announced in 2019 that it planned to open several car washes in Sioux City over a several-year period. Similarly to Sunnybrook Shine, each 5,000-square-foot Silverstar location has a single long tunnel, but at Silverstar the cars are pulled through by a chain-and-roller system.

In 2020, Silverstar purchased Sioux City’s Rocket Auto Wash on Correctionville Road, which had been controlled by the Hanson family for more than 60 years. The lobby and office areas at the Rocket Auto Wash building underwent an extensive remodel after the sale.

Both Silverstar and Sunnybrook Shine offer membership options, whereby customers can visit the car wash repeatedly during a month for a set fee, though each of them also offers a traditional, single-wash option.