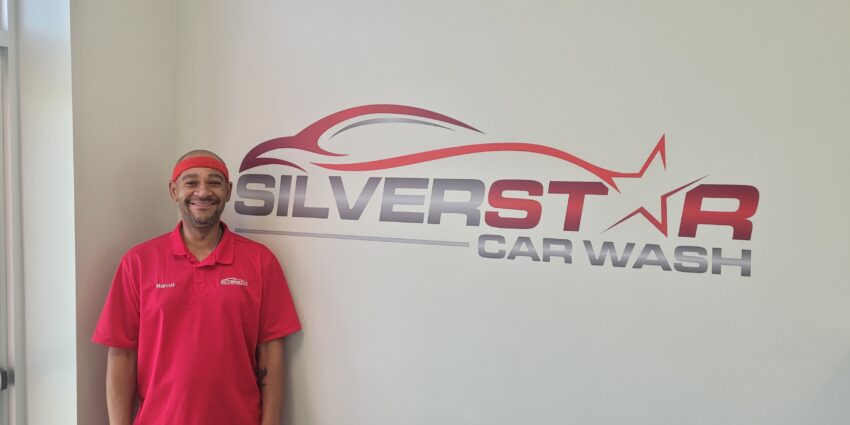 Flash back to 1999 and Marcus Williams got his first look at Sioux Falls.

The Chicago native had a friend from here, so he came along for a visit.

Then it was time to find a job.

“I did a little bit of everything,” Williams said.

He’s not kidding. It’s a resume that includes construction, customer service and logistics. He spent five years at a convenience store, worked at a hotel front desk, and was at UPS before discovering an opportunity at Silverstar Car Wash last year.

He started off helping vacuum vehicles at the former Empire Car Wash by Silverstar. But not for long.

“It was maybe two months before I was promoted, and then I was moved to one of our busiest locations – 26thand Louise – working with a lot of kids as an assistant manager,” he said.

He stayed there a few months before transferring to one of Silverstar’s newest locations on East 57th Street west of Sycamore Avenue.

“At this point in my life I never thought I would love doing what I do, which is wash cars,” he said. “But hands down it’s the best job I’ve ever had. And I’ve had a lot.”

Here’s a closer look at his Silverstar career.

What does your job entail?

It involves pleasing people and cleaning vehicles. I like to think that it’s like dinner and a show. You get to come get your car washed and get to see some good entertainment, whether it’s talking to the staff or making jokes, just giving you the all-around experience.

What’s the best part about working at Silverstar?

The compliments you get from people. They’re so happy to have a clean car. They come in with so many bugs on it, and then they get out and say it looks so great. That’s a wonderful feeling.

What would you say to someone else thinking about applying to worth at Silverstar, or maybe becoming an assistant manager like you?

I would say do it. You have to do it. It’s just a great vibe, a great place to work. Everyone is there to work and have fun and everyone is happy. It’s just great.

What’s been your most memorable Silverstar moment?

When me and a coworker washed a car and I got my first $100 tip. I did not see that coming.

You know what? It used to be a Tesla, but now they’re everywhere. We’re washing like one an hour. But it’s still awesome. I wish I could have one.

Be honest: What kind of vehicle do you drive, and how clean is it?

I drive a Honda CRV and… um… the outside is clean. Because of the car wash of course. The inside .. it’s not that dirty, but I have kids, so sometimes there are food wrappers.

Want to work with Marcus Williams or other amazing people like him? Click here to start your Silverstar career.